10 reasons why English and French are best to be studied in Canada.

It is difficult to overestimate the importance of learning languages, in particular English, in the modern world. None of the aspects of the world’s political, cultural and economic life of a world community can work without the participation of English language. But there are many other languages that can be not less useful. French (the third most widespread in the territory of Western Europe) is one of them. There are many reasons why learning English as well as French is best in Canada. Here are 10 of them. 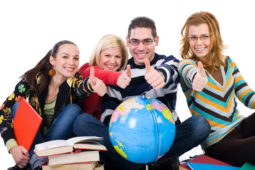 Both languages are native in Canada.

This option should be of interest to those who want to learn both languages. Regional French in Canada is on an equal footing with English. A large part of the population is bilingual, that is why studying the French language in Canada is as real as English. If you have such intentions, we especially recommend you to consider studying in the French-speaking province of Quebec.

A high level of education in Canada.

Education in Canada is one of the world’s leading. This country is also known for its linguistic schools for foreigners with favorable conditions, such as universal classes for people with different linguistic levels and world-class teachers.

As already mentioned, experienced teachers are an integral part of any educational process, regardless of the student’s age. But when it is about language courses, only a person for whom a particular language is native can really understand its nuances and teach it accordingly. That is why it is recommended to study languages under the supervision of one of native speakers.

Getting to know the language and culture.

English in Canada has historically been shaped by its unique path (like French itself). Therefore, language courses in Canada are a great opportunity to personally familiarize yourself with these features through traditions, environment, people – that is something that would not be possible during standard education. The presence of a large Ukrainian diaspora in Canada will make the process more pleasant and comfortable for many of our readers.

While most courses for foreigners only work in the summer, Canada has the opportunity to start studying at any time of the year.

Simultaneous application of knowledge in practice.

A wide range of programs and directions.

Canada also impress by a number of interesting programs aimed at developing language proficiency with a view to implementing certain professional areas of life. There you will find enough specialized schools. Among them are:
● Business English;
● English through culture and idioms;
● Academic English, etc.

There are special initial tests to choose the most suitable program.

Possibility to stay in a Canadian family.
Increasingly, practice temporary residence of students directly among the inhabitants of the country. It deepens language learning and develops communicative skills even more effectively. This type of education is also the most economical in accomodation side..

Affordable prices.
Another important factor in choosing a country of study for most people is the affordable price. And, fortunately, language schools in Canada offer quality education in exchange for reasonable and affordable prices more profitable than analogues from the United States of America or the United Kingdom. It is worth noting that a relatively inexpensive but high standard of living in general is one of the characteristic features of Canada.

Ability to obtain a visa.
Making a Canadian Visa is a relatively simple process. In addition, participation in language programs significantly improves the chances for foreigners to obtain a right to permanent residence. The Government of the country provides especially active assistance in the process of visa issuance to those who have passed language courses.